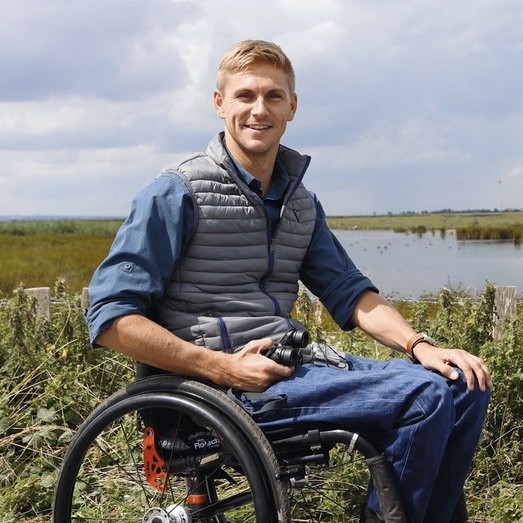 Steve Brown is a regular television presenter on Countryfile and Escape to the Country as well as sporting events such as Wimbledon, Paralympics, the Invictus Games and others. He’s also a public speaker, athlete mentor and former captain of the Great Britain Wheelchair Rugby squad. At the age of 24, Steve fell from a first-floor balcony while working in Europe as an area manager for a holiday company. The accident left Steve with a broken neck, dislocating the C7 and trapping his spinal cord. Steve was determined to play at the home Paralympics in London in 2012. Despite breaking his sternum while playing in Germany in 2010, was awarded the captaincy in 2011. At the London 2012 Paralympics, Steve led his team to a 5th-place finish. Steve received the New On-Screen Talent award at the Royal Television Society West of England Awards 2018. In 2015 he was recognised in the Shaw Trust Power 100. As a wheelchair rugby player he was a European Championship gold-medal winner.