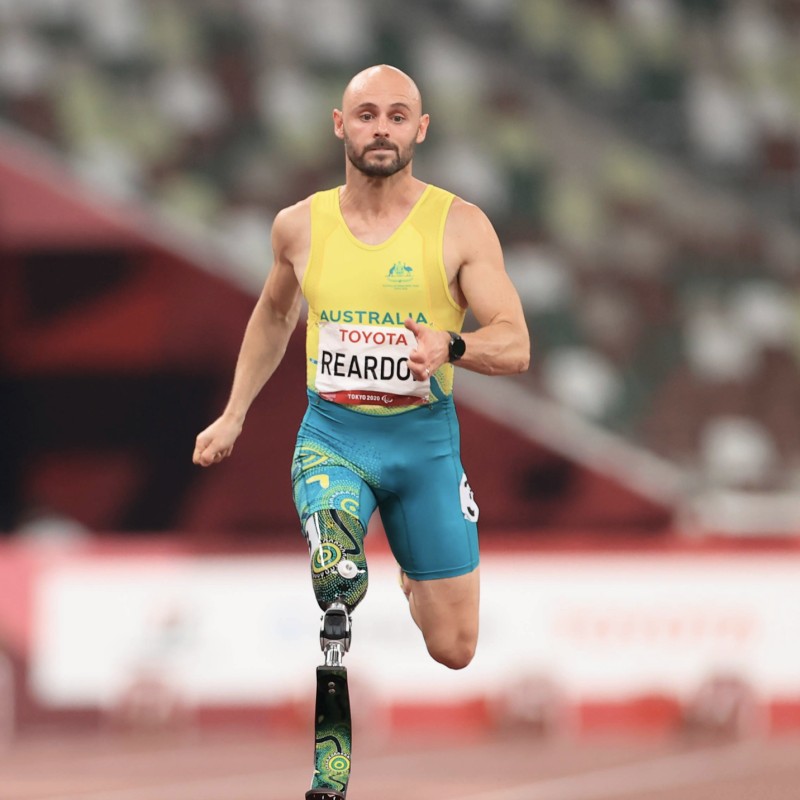 Scott Reardon is Australian Paralympic World Champion and is considered one of the greatest T63 athletes in the history of the sport. Before Scott was a sprinter, he was a 12-year-old digging holes at his family farm in the Australian country town of Temora. Standing on the frame of a post hole digger, Scott’s shoelace was untied and it caught in the power take-off shaft of a tractor, severing his right leg. Incredibly – and perhaps in a sign of his success to come – Scott relearned how to walk in just a week-and-a-half. His meteoric rise to fame on the track dates back to 2009, when he relocated to the ACT to train at the Australian Institute of Sport. After representing Australia at the 2011 International Paralympic World Championships in New Zealand, Scott won the Paralympic silver medal in the 100m T42 at the London 2012 Paralympic Games. Scott went one better at the Rio Paralympics Games by winning the gold medal in the 100m T42.