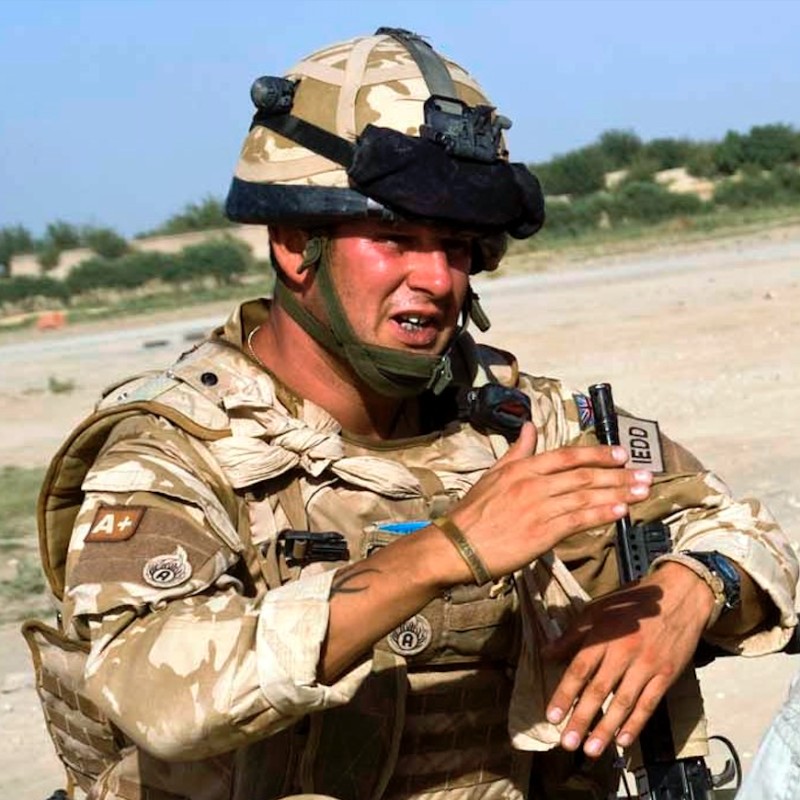 Kim Hughes GC - Became only the 74th living recipient of the George Cross for his extraordinary acts as a Bomb Disposal Expert. With his fearless approach to one of the most dangerous jobs in the world, Kim disarmed 120 Improvised Explosive Devices (IED) during his 1st tour of Afghanistan and is the most highly decorated Bomb Disposal Operator to have survived the Afghan conflict. Kim was awarded the George Cross by Her Majesty the Queen and in his citation read to an audience in Buckingham Palace it said: “Dealing with any form of IED is dangerous. To deal with seven Victim Operated IEDs linked in a single circuit, in a mass casualty scenario, using manual neutralization techniques once, never mind three times, is the single most outstanding act of explosive ordnance disposal ever recorded in Afghanistan.” Kim is a Sunday Times and International bestselling author with his critically acclaimed memoir, Painting the Sand, and Fiction series.