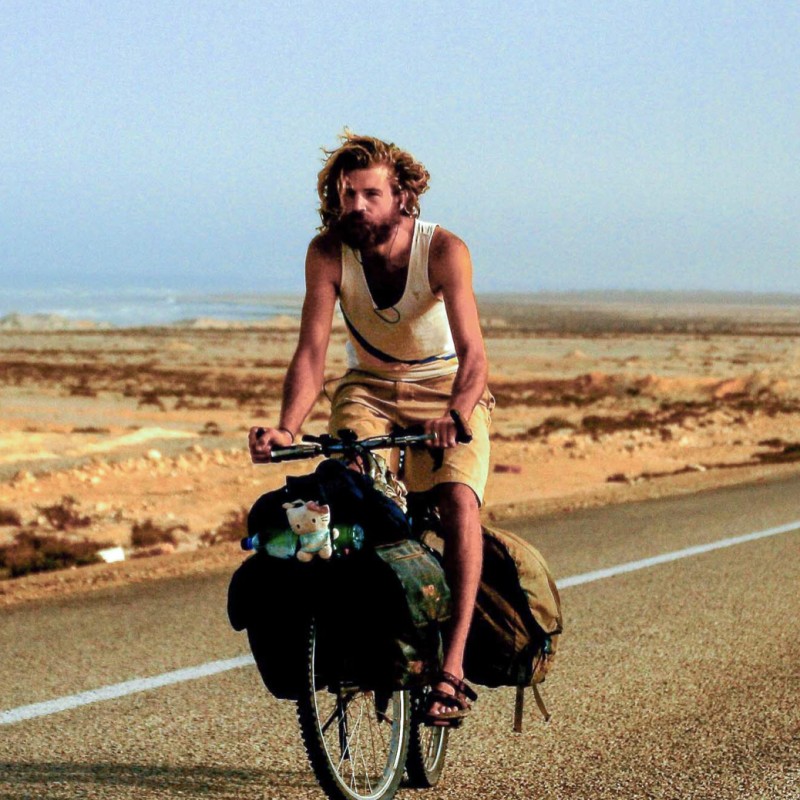 Charlie Walker is an Explorer, Writer and Public Speaker from the United Kingdom. Charlie specialises in long distance, human-powered expeditions to develop an intimate understanding of the most remote communities in the world. Over his 12 year career, this focus has taken him to places as varied as the Tibetan plateau, the Mongolian steppe, the Congolese jungle, Arctic tundra, the highlands of New Guinea and numerous deserts in between. He has travelled over 50,000 miles by bicycle, foot, horse, raft, ski and dugout canoe. He is a Fellow of the Royal Geographical Society, a 2021 Scientific Exploration Society Explorer Award winner, and a three-time recipient of the Transglobe Expedition Trusts Mad but Marvellous grant. His work has been featured on the BBC World Service, BBC Radio 4, The Sunday Times, The Daily Telegraph and Geographical mag. He has also written two books; Through Sand & Snow, and On Roads That Echo.

Global Expeditions | Travelling | Determination | Leadership | Public Speaking | Mentoring | Mental Strength | Resilience In February 2022, Charlie arrived in Yakutsk just three days before the Russian invasion of Ukraine. His initial plan was to hike several hundred miles along the frozen surfaces of Arctic rivers to reach the port town of Tiksi on the North coast of Siberia. The aim was to reach remote settlements of the indigenous Sakha and Evenki peoples and witness their way of life in the harsh northern winter conditions. As the weeks passed and the war in Ukraine rumbled on, the old Soviet-era suspicions of outsiders gradually returned and Charlie was increasingly on the radar of the authorities. On arrival in Tiksi he was arrested and found guilty of conducting journalism while travelling on a tourist visa. The charges also included photographing sensitive military sites. Charlie spent 4 weeks locked in a Yakutsk detention centre before being released and deported.