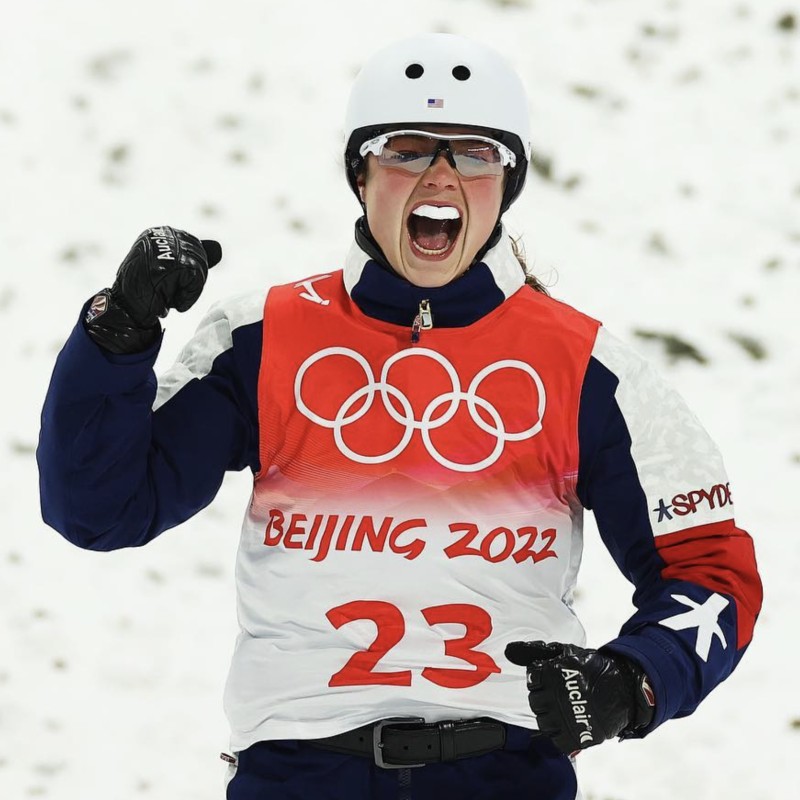 Ashley Caldwell is a US Winter Olympic Gold medal winning Freestyle Skiing champion who competes in Aerials and Mixed Team events. Ashley is one of the most successful women in US Aerials history and is the only women who has ever landed The Daddy - a quadruple twisting triple back flip. Ashley is a 4x Winter Olympic Games competitor who won gold at the Beijing Games in 2022. Ashley has won multiple medals at the World Championships including gold in 2017. Ashley previously trained as a gymnast but in 2006 she was inspired to take up aerial skiing having watched the Olympic Winter Games in Turin, Italy. She moved away from home at 13 years old to pursue her dream. She has battle numerous injuries throughout her career, as well as many people saying she would never be able to do the tricks she accomplished.